We Can Help Get You There!

Caterina’s dual citizenship journey began in 2010 when she discovered she qualified to be recognized as a citizen of Italy. Her history is similar to others with whom she has worked with over the years. Caterina’s mother arrived in the US in 1958 at 17 years of age. The oldest of six children, she worked hard, became a US citizen and returned to Calabria, Italy in 1964 to marry her love. Caterina’s parents arrived to the US six months before Caterina was born.

Although her Italian-born mother had already become an American citizen, her father had not become a US citizen yet when Caterina was born, thus establishing her eligibility for dual citizenship. Caterina began gathering documents and obtaining Apostilles and translations to present her application at the NYC Italian Consulate in September 2011. In 2012, her application was completed and approved. In June 2013, Caterina and her three children received their much-treasured Italian passports. Caterina felt that she had honored her rich Italian history while embracing modern traditions.

Because Caterina was fortunate to successfully go through the process, she has been able to bring her skills to clients who are seriously pursuing their journeys. She has helped hundreds of clients with their dual citizenship journeys in so many ways including filing NYS petitions.

She is a member of the Onondaga County, New York State and National Italian-American Bar Associations. Caterina works hard to explore many options with clients to help them get the results they desire. 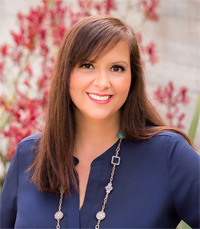 and the universe will open doors for you where there were only walls.
— Joseph Campbell

© 2023 Caterina Ranieri, PC – New York US Dual Citizenship – New York State Lawyer
Attorney Advertising. Prior results do not guarantee a similar outcome. This website is designed for general information only. The information presented in this site should not be construed to be formal legal advice nor the formation of a lawyer/client relationship.